This year I decided to enter my first ever international Backgammon tournament, although only in its second year the tournament in Gibraltar has already become a huge event and it was held during the week immediately following the Chess event there. Although it involved staying for quite a bit of extra time it was an easy decision as Backgammon is one of my favourite games and probably one of my strongest ones. The opportunity to clash against some of the best players in the world (not including the little fellow below!) was not one I was going to turn down.

I’m not going to go into detail over the rules (click here for the Wikipedia page) but I will describe how the scoring works as this is less well understood and will probably be useful to fully understand the rest of the post. A single game of Backgammon has quite a large amount of luck as it is a dice game, in order to even out the luck and let the skill prevail it is generally played as a match involving the doubling cube. The more games, the more chance the better player will win, the doubling cube also adds to the skill as you constantly have to judge how good the position is for you.

The initial rounds were played as matches to 11 points which is a good length of match. It is possible to play longer or shorter matches than this, there was a speed tournament which involved 5 point matches, whereas the grand final of the main tournament was a 21 point match. A match consists of a series of games which are initially worth 1 point each, but can increase due to the doubling cube, the margin of victory, or possibly both.

First of all, how does the doubling cube work? The doubling cube is initially placed on the side of the board in between the 2 players. Normally when it is your turn, you simply roll the dice, move your pieces and then pick up the dice to signify the end of your turn (or hit the clock if you’re using one, all games in Gibraltar used chess clocks). However if you think the current position is good for you then you have a second option, you may offer a double (before rolling the dice) by picking up the cube and turn it to 2. Your opponent must then decide what to do.

There are 2 options. The easy one is to drop, this means you resign the game and your opponent wins 1 point right away. The other option is to take, this means that the game is now worth 2 points and your opponent can now take their turn. Once you’ve taken a double, you pick up the doubling cube and place it next to you, this means your opponent cannot double again, not yet at least. However, it is possible for you to offer a double if the game turns around and you feel you have the advantage. It’s the same process, instead of rolling the dice you turn the cube to 4 and place it in front of your opponent. They can either drop (resign for 2 points) or play on for 4 points. It’s unusual for games to go higher than this but you do see the occasional 8 or 16 point game.

That’s how the doubling cube works but there is another thing you need to know regarding the scoring. There are scenarios where you can win double or triple the number of points. First of all, if you win a game and your opponent hasn’t taken off any checkers this is known as a Gammon and you win double the score. That is 2 points if no double has been offered, 4 points if the cube is on 2, and so on. If in addition to this your opponent still has a piece on the bar or in your home board (the most backward 6 spaces) this is known as a Backgammon and you win triple the number of points instead of double the number.

In theory the best time to offer a double is when you’re a 70-75% favourite, although it’s usually hard to judge this accurately unless it’s close to the end of the game. The general rule on whether to accept a double is that your winning chances should be no lower than 25%, although they need to be higher than this if there is a significant chance of getting gammoned or backgammoned. Again, this can be very difficult to judge and it’s definitely one thing that sorts out the top players from people like me.

One final point on the scoring is something known as the Crawford rule, which is employed in virtually all tournaments and money games. When a player wins a game and is 1 point short of winning the match (for example, they reach 10 points in an 11 point match), the following game (and only this game) is played without the doubling cube. If the trailing player wins this game, they may use the cube in all following games. Without this rule it would make certain games irrelevant, for example if the score was 9-9 (again, an 11 point match) then going 9-10 down would be meaningless as you could just double the next game to decide the match. However with the Crawford rule you’d either need to win a Gammon (or Backgammon) or else win the next 2 games from 9-10 down.

The tournament began with a series of 7 matches in order to qualify for the main knockout tournament. As I’m mainly a Chess player this is a more complex way of running a tournament, however it’s one I do have a bit of experience of. Overall I’m not keen on the knockout format due to the obvious disadvantage of not having games once you’ve been knocked out. More on that later. Anyway, I don’t mind this “qualifying” format so much as it means every game is important and you’re allowed a couple of losses in case the dice go horribly against you, perfectly possible even in an 11 point match.

I lost the first match quite convincingly and didn’t feel I had much of a chance in it, however I managed to win the second. The third match was probably the decisive one as it was very close and unlike the first couple I felt I made a few bad doubling decisions. There were a couple of bad positions early on where I took the doubling cube and was very lucky not to get gammoned in either. I was deliberately trying to be aggressive with my doubling decisions, however I certainly took it too far here and my decisions cost me a couple of points, I lost 11-9 in the end.

With 1 win and 2 losses I needed to win the last 4 in order to qualify, a huge task but I did manage to win the next 2. However in round 6 I had another match where the dice just didn’t fall for me and I lost heavily. This meant that I would be playing in the Consolation knockout tournament rather than the main one. This would be another frustrating match, it was first to 9 and I managed to get off to an extremely good start leading 8-1. However my opponent won the Crawford game (without the doubling cube) for 8-2 and then won the following 4 games (2 points each) to take the match, I had chances in most of the games but just couldn’t take any of them and I was out.

As I had a fairly long spell without playing I decided to enter a Speed Gammon tournament on the final day, this was another knockout tournament with 5 point matches and a reduced time on the clock. I lost the first game of my match but the second game was one of the most random I’ve ever played. The doubling cube reached 8 and so the entire match was decided by it. Despite being much worse at one point I managed to fight back to a position where I had a healthy lead in a race. However a series of extremely low dice cost me and I was out.

This is where I really don’t like the knockout format, as my entire Speed tournament had lasted 2 games and about 15 minutes (maybe that explains the name…). In addition, although there is plenty of skill in Backgammon it is perfectly possible to lose a 5 point match without doing much wrong. There are so many other formats that guarantee you a few games and I would have to seriously consider whether I enter that particular tournament again.

In addition, losing the first round of the Consolation knockout meant that I went over a day without playing, along with the other half of the players who lost the first round, and I can’t help feeling there’s something wrong with that. Still, that’s how Backgammon tends to be run and there’s not much choice but to accept it. It does at least guarantee an exciting final, the hotel set up an audience area with some screens in front of the commentary team and I really enjoyed watching it from there. 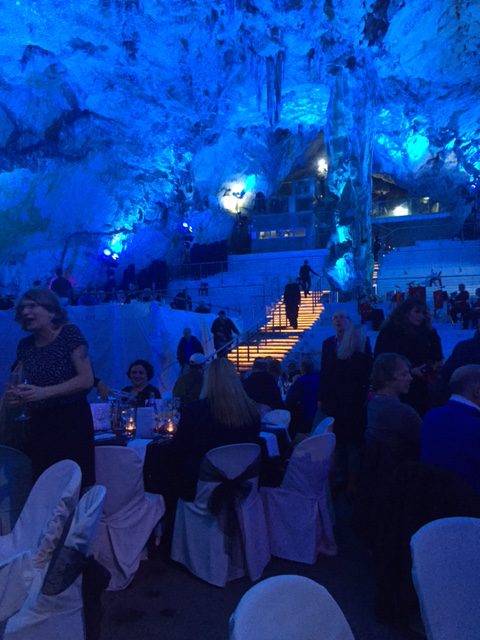 Overall it was a very enjoyable experience and I hope to be able to enter it again next year. 3 wins and 3 losses against strong international opposition was encouraging, if not good enough, and I don’t feel I could have done much more. There was a fantastic lecture held by Masayuki Mochizuki (known as Mochy) who is one of the top players in the world. There were also a couple of events in Gibraltar itself that were fantastic, including the closing dinner and prizegiving held in St Michaels Cave which was an amazing location. I’ll be looking to play a few other tournaments throughout the year plus quite a bit of online play in order to keep my eye in.